Nordstrom, Inc. announced today plans to open Nordstrom Rack at Chimney Rock Crossing in Bridgewater, New Jersey. The approximately 36,000-square-foot store is scheduled to open in 2018. The property is owned by Regency Centers.

When the new store opens, it will be the eighth Rack in New Jersey. The company also operates five full line locations at The Mall at Short Hills, Garden State Plaza, Freehold Raceway Mall, Menlo Park and Cherry Hill. 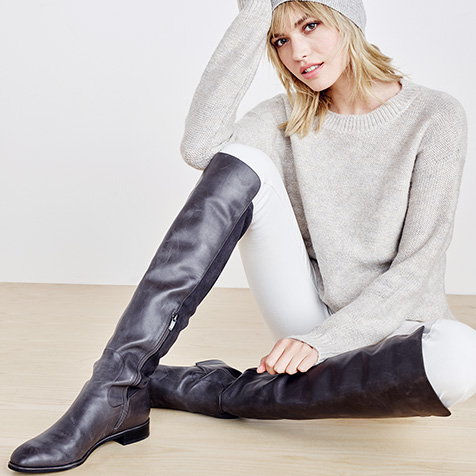 Nordstrom Rack is the off-price retail division of Nordstrom, Inc., offering customers a wide selection of on-trend apparel, accessories and shoes at an everyday savings of 30 to 70 percent off regular prices. The Rack carries merchandise from Nordstrom stores and Nordstrom.com, as well as specially purchased items from many of the top brands sold at Nordstrom. The Rack is designed to provide the ultimate treasure hunt to style-savvy customers.
at December 01, 2016 No comments: 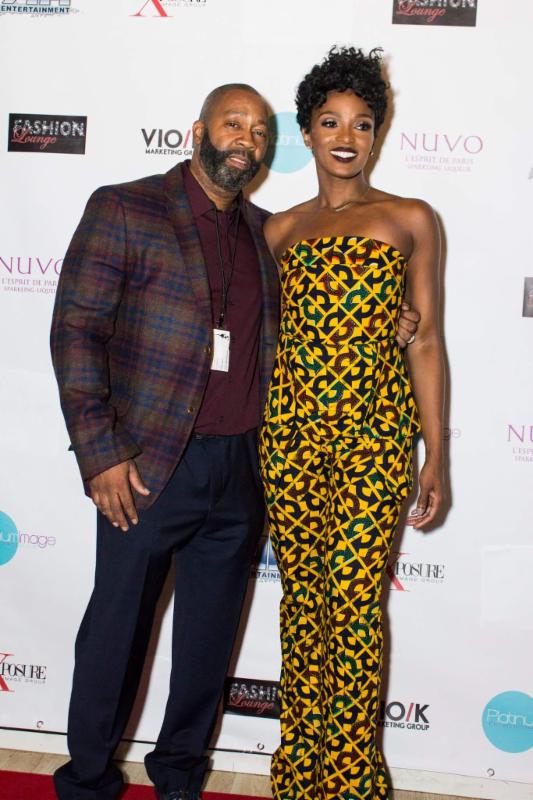 On Thursday November 17, 2016 Xposure Image Group PRESENTED Fashion Lounge ATL Hosted by Love & Hip Hop's ATL Ariane Davis took place at The Haven ATL. The Comedienne, Funny Pretty Chic Kiana Dancie opened the show with a hilarious comedic set that warmed up the crowd. DJ Toni K provided the music soundtrack for the atmosphere which set the essence of the Fashion Lounge.
Designer Klashaa's Closet opened the show with her fabulous designs. The models were a great accessory and brought her collection to life as they ripped the runway.

Next up was a performance by the Pharaoh of R&B Pearis J who serenaded the crowd with his hot single 'Down For Me.'  The ladies adored him and wanted more, not only is his voice special but his talent is undeniable. 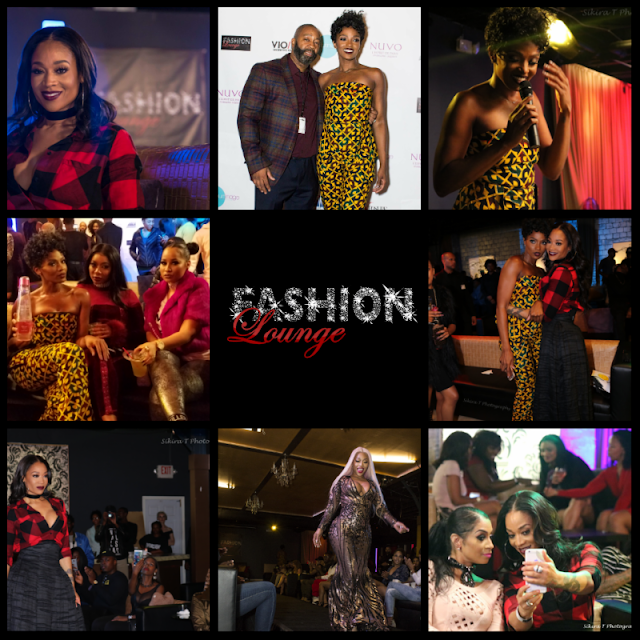 Following Linda's showcase, the models and audience participated in the Fashion Lounge #MannequinChallenge. 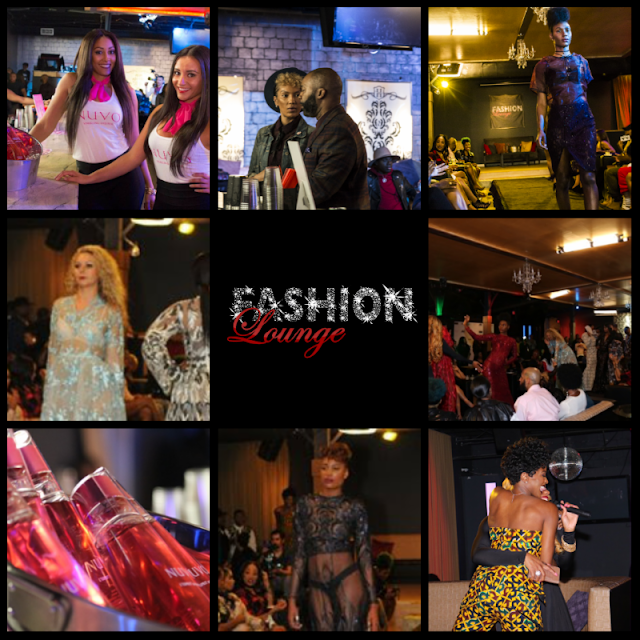 To end the show there was a performance by Hip Hop artist International Nova who got the crowd moving with his hot single, 'I Can Tell.'
Nuvo Liqueur and Nuvo Models served the audience with a chilled Fashion Lounge specialty drink that flowed through the crowd all night. After the show, Ariane poured everyone in the audience a glass of Nuvo and we toasted to a successful event.

Xposure Image Group of New York, is a fashion service organization that is dedicated to creating professional events for aspiring and established fashion industry organizations since 1994. Xposure Image Group has produced entertainment, consumer and business to business fashion events for professional presentations as well as provided support and support services that include set design, model casting, choreography, photography and videography.
at November 22, 2016 No comments:

Seattle-based . announced plans to open a  at South Edmonton Common in . The approximately 35,000-square-foot store is scheduled to open in fall 2018. The property is owned and managed by and CREIT.

The store will be located in south , directly adjacent to the intersection of  and, in one of the city's highest traffic areas. Other retailers at South Edmonton Common include , Marshall's, H&M,  and .

Seattle-based Nordstrom, Inc. (NYSE: JWN) announced plans to open a Nordstrom Rack at South Edmonton Common in Edmonton, Alberta. The approximately 35,000-square-foot store is scheduled to open in fall 2018. The property is owned and managed by Cameron Corporation and CREIT.

The store will be located in south Edmonton, directly adjacent to the intersection of Highway 216 and Highway 2, in one of the city's highest traffic areas. Other retailers at South Edmonton Common include Ikea, Marshall's, H&M, Banana Republic and Gap Factory Outlets.
at August 15, 2016 No comments:

Email ThisBlogThis!Share to TwitterShare to FacebookShare to Pinterest
Labels: retailer

Here are a few fashion blog posts from June 2016.

They Wear the Sk8-Hi - skater footwear.

Fishing Vests Too Late for 2016 - father's day is over, but it's not too late to get him a gift to show him that you care.

Celebrity spottings worth your review:

Fashion industry insider.  Let's learn about how product is made:

How Socks Are Manufactured 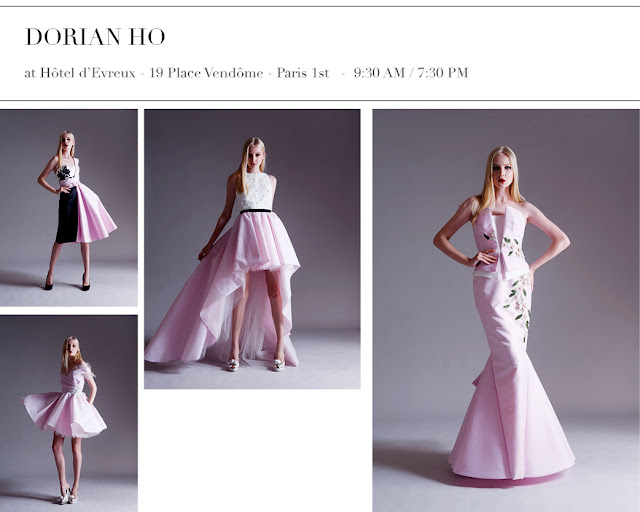 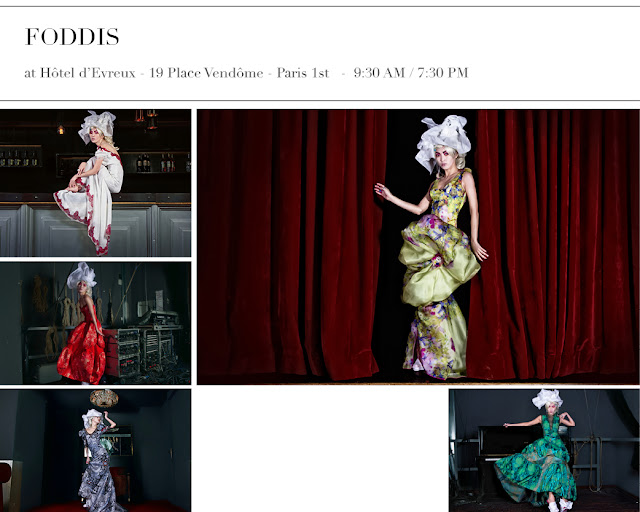 Seattle-based Nordstrom, Inc. announced plans to open a Nordstrom Rack at One Bloor in Toronto, Ontario, Canada. The 38,600-square-foot store is scheduled to open in 2018.

The store will be located in Yorkville on the southeast corner of Yonge Street and Bloor Street, a well-known shopping district in Toronto. The new Rack will join Bloor Street retailers that include Holt Renfrew, Prada, Gap, Michael Kors, H&M, and Zara. The store will be approximately one mile north of the Nordstrom full-line store scheduled to open September 16, 2016 at CF Eaton Centre.

For those of you that may live in Toronto but are not familiar with Nordstrom Rack, here is a bit of info that may be of interest.  Nordstrom Rack first started in the basement of the company's Seattle store over 40 years ago and is the off-price retail division of Nordstrom, Inc. The Rack offers customers a wide selection of on-trend apparel, accessories and shoes at an everyday savings of 30-70 percent off regular prices. Merchandise comes from Nordstrom stores and specially purchased items from many of the top brands sold at Nordstrom. The Rack is designed to provide the ultimate treasure hunt to style-savvy customers.

Learn more about the fashion retailer Nordstrom on Apparel Search.
at February 16, 2016 No comments:

Leveraging genuine Epson UltraChrome® HD Ink and UltraChrome XD pigment inks respectively, the Epson SureColor P800SP and T3270SP provide a complete film positive printing solution. The new printers produce high-quality solid and halftone films up to 65 lines-per-inch (lpi) with high UV opacity and an exceptional black density up to 4.0 Dmax – all at best in class speeds, up to 24 films per hour with the SC-T3270SP1. And, because these printers use a full color ink set, screen printers are able to produce high quality comps and even graphics with the same printer used to produce screen positive films.2

Equipped with Epson’s latest PrecisionCore® TFP® printhead and specially formulated Epson UltraChrome XD pigment ink, the SureColor T3270 Screen Print Edition delivers brilliant color and crisp lines on virtually any paper type. The SureColor T3270SP provides a five-color ink configuration, available in a multitude of sizes, allowing customers the flexibility to mix-and-match to meet specific business needs. The Epson SureColor T3270SP printers are designed to be used exclusively with these specially-formulated inks, and not with other brands of cartridges or inks.3

The Epson SureColor P800SP and SureColor T3270SP will be available in February 2016 through a dedicated channel of authorized Epson Professional Imaging resellers. The SureColor P800SP and SureColor T3270SP offer a standard Epson Preferred™ Limited Warranty, a one-year program that includes toll-free advanced telephone access Monday through Friday and on-site service in the unlikely event of any hardware failure. Epson Preferred Plus extended service plans are available to provide coverage for up to two additional years. For more information, visit proimaging.epson.com.

Epson is a global technology leader dedicated to driving innovations and exceeding customer expectations in printing, visual communications, quality of life and manufacturing. Epson’s lineup ranges from inkjet printers, printing systems and 3LCD projectors to industrial robots, smart glasses and sensing systems and is based on original compact, energy-saving, and high-precision technologies.

Led by the Japan-based Seiko Epson Corporation, the Epson Group comprises nearly 72,000 employees in 93 companies around the world, and is proud of its contributions to the communities in which it operates and its ongoing efforts to reduce environmental burdens.

1 Speeds are based upon print engine speed only. Total throughput times depend upon factors such as computer, file size, printer resolution, ink coverage, and networking. Based upon 2880 x 1440 dpi print mode.

2 Cartridge yields vary considerably for various reasons including images printed, print settings , temperature and humidity. Yields may be lower when printing infrequently or primarily with one ink color. All ink colors are used for printing and printer maintenance and all colors have to be installed for printing. For print quality, part of the ink from the included cartridges is used for printer start up and a variable amount of ink remains in the cartridges after the "replace cartridge" signal.

3 This printer uses only genuine EPSON brand ink cartridges. Other brands of ink cartridges and ink supplies are not compatible, and even if described as compatible may not function properly.

You may want to also read about the Garment Creator Software for Direct-to-garment (DTG) Printer on the Apparel Search fashion blog.
at January 27, 2016 No comments: