The Apparel Search Company has today launched a new fashion reviews website for women's fashion.  The site is not yet completed with full functionality.  Actually, the best stuff is yet to come.  Check back in a month or two to check out the developments.
View the Women's Fashion Review website at your convenience.
at May 23, 2011 No comments:

Fashion Brands For Women Spotlight May 2011

Hemant Woollens has introduced its yet another new collection for Viscose/Wool 2011-12 which is elegant and feminine. This new range of wool/viscose shawls, which are accessible in special colors  and design and are of natural fiber with awareness to all aspects. The scarf made of viscose is a perfect blend of smoothness, tenderness and fashion. An ultimate mark technique trend in the period of winter, viscose scarf is attractive  for the trend conscious people by storm owing to its excellent way and perfect  value.

Please Click on the following links for an overview of our catalogs for Viscose/Wool Collection 2011-12:-

Hundreds of sneaker collectors, enthusiasts and influencers from around the world will join together in New York City tonight to celebrate the launch of Sneakerpedia.com, a social platform, designed to venerate the unmatched passion of the sneaker community.  Powered by Foot Locker, the event will take place at Hudson Hotel's subterranean nightspot, Good Units.  Expected to attend will be some of the most prominent names within the sneaker culture, to celebrate the site launch and take part in a real-life experience of the platform.

Behind the scenes is global footwear giant, Foot Locker, building the foundation of a user-generated conglomerate of sneaker knowledge.  Foot Locker designed the platform as a gift to the community it has served for over 35 years, allowing collectors from around the world to meet virtually and share their knowledge, insight and experience.

Sneaker collectors and enthusiasts worldwide are encouraged to share their personal collections within their individual profiles by providing product photos, detailed information such as brand, color, stitching, release date, etc., as well as, a personal story relating to the shoe.  Users will be met with a bottomless virtual wall of sneakers... each one clickable, opening to the product's profile.  A map of collectors who own the shoe or have contributed to the sneaker's fodder will populate the right-hand side of the page, creating a social experience in which users can view and interact with other enthusiasts' pages and collections.
The sneaker community can upload their collections or just check out the crates of others.

Learn more about Sneakerpedia at their website and read the press release about Sneakerpedia on the Fashion Newspaper.
If you are interested, you can also check out the Shoe Network footwear community website which can be found at ShoeNetwork.org.
If you would like to further educating yourself in regard to footwear, you may find the following links of assistance to you:
Women's Footwear  Where to Buy Shoes  Women's Footwear Guide  Where to Shop For Shoes   Women's Apparel  Footwear News  Shoe Shopping Guide
We hope that you found this shoe community news article to be of assistance to you.  It is always a good time to learn more about apparel and footwear.
at May 17, 2011 No comments:

Upset Hindus want Australian Government, New South Wales Government, Hewlett-Packard, and Intel to withdraw “partnership” from the annual Rosemount Australian Fashion Week (RAFW) events in the future.
A model displayed an image of Goddess Lakshmi on swimwear at an RAFW event held in Sydney (Australia) from May 2-6, which upset the Hindus worldwide.
Hindu statesman Rajan Zed, in a statement in Nevada (USA) today, pointed out that Australian Government, New South Wales Government, Hewlett-Packard, Intel, etc., who were said to be some of the partners this year of RAFW where a model with Goddess Lakshmi image on swimwear appeared, should dissolve the partnership in the future in view of its inability to halt the trivialization of highly revered Goddess Lakshmi.
Zed, who is President of Universal Society of Hinduism, argued that despite various appeals, RAFW organizers still had not come out with public apology about the episode.
Rajan Zed further said that inappropriate usage of Hindu deities or concepts for commercial or other agenda was not okay as it hurt the devotees. Symbols of any faith, larger or smaller, should not be mishandled.
Zed suggested that businesses should be careful when handling various religious traditions as faith was something very sacred to the devout.
RAFW, held this year against the spectacular backdrop of Circular Quay, is claimed to be Australia’s premier fashion industry event providing a platform for designers to showcase their wholesale collections to the world’s most influential buyers and media.
Hinduism is the oldest and third largest religion of the world with about one billion adherents and moksh (liberation) is its ultimate goal. Lakshmi is the goddess of good fortune and beauty in Hinduism and is also known as ‘world-mother’.
at May 12, 2011 No comments: 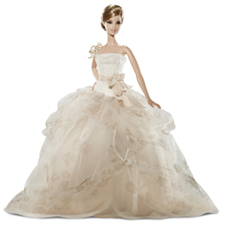 Dots is a fashion apparel specialty store that offers fashion trends at exceptional prices and provides the latest high fashion runway trends interpreted for real people. Dots' growth and success was founded on a passion for retail that stems from a belief that looking good shouldn't be expensive.  Today, the company is a vibrant growing retailer with more than 400 stores within a 26 state footprint.  Visit Dots online at www.dots.com.

Learn more about Dots from the recent article about them sponsoring the Cleveland Fashion Week.  Fashion apparel specialty store : Dots Teams Up with Local Designers at Cleveland Fashioni Week.
at May 06, 2011 No comments:

Orta Blu, the sustainability division of Orta, one of the worlds largest denim manufacturers, is working with local Turkish cotton farmers to help them in the transition to producing “Better Cotton”.

Orta Blu will assist the farmers implement the BCI (Better Cotton Initiative) protocol which dictates growing cotton in a way that reduces stress on the environment and improves the livelihoods and welfare of farming communities.

Orta Blu is using their newly created on-line platform www.ortablu.org to document their efforts in decreasing their environmental impact with their denim production and to promote their global Social Missions.

When does used clothing turn into vintage fashion?

Here is a brief profile regarding JCPenney.  Obviously, we are all already some what familiar with the J.C. Penney Company.  But here is a brief re-cap for May 2011.

J. C. Penney Company, Inc., one of America's leading retailers, operates over 1,100 jcpenney department stores throughout the United States and Puerto Rico, as well as one of the largest apparel and home furnishing sites on the Internet, jcp.com. Serving more than half of America's families each year, the jcpenney brand offers a wide array of private, exclusive and national brands which reflect the Company's vision to be America's shopping destination for discovering great styles at compelling prices. Traded as "JCP" on the New York Stock Exchange, the $17.8 billion retailer is transforming its organization to support its Long Range Plan strategies to build a sustainable, profitable enterprise that serves its customers, engages its associates and rewards its shareholders. For more information visit, www.jcpenney.net.