With the success of retailers such as Lululemon, yoga clothing success has been doing better then most would have suspected.  Today I was e-mailed by a yoga clothing company that has reminded me of the importance of this segment of the industry.  Yoga fashion appears to be here to stay.
Haute Body : Haute Body offers hot yoga clothing, high quality yoga pants, unique workout wear and more for the fitness savvy woman, all at an affordable price.
You may also want to check out Lucy.com for yoga clothing.
Find more yoga clothing stores at the Apparel Search retailer directory.

Are you looking for wool yarn for your next project? If so, you may wish to check out the company below.  To be honest, I have not personally used them in the past and do not know anything about them other then what is listed below.  They have e-mailed me their info, and I thought I would share it with you in case you were currently looking for wool yarn.

Shijiazhuang Sanxing Feather Processing Co.,
Ltd. They are specialized in supplying the following items in China.

All kinds of wool yarn.


If you are interested, you can also learn more about wool at the wool prices website located at WoolPrices.net
at July 29, 2011 No comments:

Their is a new website about New York fashion.  It is called the NY Fashion website and it can be found at www.NYFashion.org  Basically, the site is to tell the world that "we love New York fashion".  That is really the entire purpose of the site...
In the future, actual information about the NY Fashion Industry and information to help consumers of fashion will be added to the site.  For now, it is just a pretty small site with a specific focus.  Again, the focus is tell the world that the city and state of New York is the center of the fashion world.
at July 25, 2011 No comments:

Dancewear From Missouri Without Living in Missouri

Did you know that you can purchase dancewear from a Missouri dancewear company without actually living in Missouri?  Unfortunately, we can not all live or shop in Missouri.  Fortunately, we can can now find Distinctive Dancewear online. Missouri-based e-commerce retailer of dancewear, BJP Solutions LLC, has announced a new Web site: www.DistinctiveDancewear.com.

Founder and President of BJP Solutions LLC, Barbara Post, said, "We're a family of dancers; we understand the needs of the dance community and are dedicated to serving dancers of all levels!"

DistinctiveDancewear.com operates as an e-commerce retail business. The Web site offers a wide range of brand name dancewear at affordable prices.  Products found on the Web site are for dancers of all ages, male and female, and include bodywear, tights, shoes, shirts, skirts, pants, undergarments, unitards, accessories and more. Size charts are available for consumer reference.

Learn more about Fashion in Missouri at the Apparel Search clothing directory.

Learn more about Distinctive Dancewear at their website.
at July 25, 2011 No comments:

Learn more about the company that has written the above two rankings at ApparelMag.com

Learn more about social media for fashion and the fashion industry.
at July 25, 2011 No comments:

According to ApparelMag.com, "Today's CRM systems can dramatically improve your bottom line through better customer marketing, engagement and retention -- but only if your program is properly designed.  Read how one specialty retailer increased campaign results 300% through creative segmentation, as one of five proven strategies for CRM success. You'll learn why and how top retailers leverage personalized marketing, real-time communications, tailored CRM methodologies, engaging loyalty programs, and unified customer data, and how you can too."

Express broke a world record for the most people modeling on a catwalk.  Isn't that cool?  I wish I would have thought of this idea.

After successful fashion shows in Miami, Las Vegas and New Orleans, EXPRESS took over Times Square in New York City on Saturday, July 23, 2011, by opening the catwalk to the public prior to a live runway show featuring the new Holiday 2011 Collection.  EXPRESS invited fashion aficionados and brand fans to walk the runway in an attempt to break the GUINNESS WORLD RECORDS® title for the most people modeling on a catwalk.  An Adjudicator from Guinness World Records was on-site to officiate the event.

EXPRESS broke the previous record of 521 participants with an astounding 1,243 people walking the runway.

Despite the 95 degree heat, the 18 hour EXPRESS catwalk build, and over 1,000 bottles of Fiji water to hydrate the "models," the new record was effortlessly set at 11:35 AM.

Learn more about Express, Inc. at their official website.

Maybe the Fashion Industry Network, can break this record in the future.
at July 25, 2011 No comments:

American designer Holly Caldwell is pleased to announce the debut of her eponymous collection, featuring luxurious handbags designed in her Boston-based studio and made by the world's finest craftsmen from Europe and New York City. The collection gives a gentle nod to the past, combining old world technique and detail, with a fresh, modern joie de vivre. With a focus on purity of line, color, form and proportion, the pieces are designed to be both functional and beautiful.  The result is a collection that is timeless, while simultaneously in the moment.

HOLLY CALDWELL™'s Fall/Winter 2011 collection includes both occasional styles and what Caldwell calls the "work horse bags," well suited to every day. Several feature structured framing, while others take their shape and form from the sharp cuts of leather and construction techniques applied. The color palette — gray, silver, ivory, and soft blush with pops of red — is unexpected; the line features very little black yet remains classically neutral. The leathers — goat, calf, Italian patent, alligator, and more — were hand-selected with care to complement winter's cool, icy tones.

The collection was made available at private preview events over the past several months, and has been very well received by industry insiders and a growing list of private clients from cities across the country. Caldwell describes her customer as "a woman who has her own sense of style and is looking for something uniquely beautiful that speaks to her, instinctively. She wears what she loves, with a certain confidence and ease."
As President and Creative Director of the company, Holly brings a combination of design sensibility, executive level business experience and infectious enthusiasm to the company. Her goal is to build a brand with longevity and integrity, and to ensure that from the start, every product and customer interaction reflects those values. Joining Holly is her brother, Robert E. Victoria, former Chief Marketing Officer of Foxwoods Resort Casino/MGM Grand. Appointed Chief Executive Officer of HOLLY CALDWELL™ on June 1, 2011, Mr. Victoria built a successful career as a master marketer, turn around specialist and innovator, and was the architect behind several newsworthy and groundbreaking methods and business deals that produced strong results. "I am thrilled to be part of this exciting and innovative company. My sister is both an artist and an incredible businesswoman with a tremendous vision."  This dynamic brother-sister duo are joined by a strong team of advisors and industry experts, among them founding partner of Donovan/Green and former Chief Executive Officer of Waterworks, Ms. Nancye Green and Ms. Susan Posen, former Chief Executive Officer and current Chair of Zac Posen.

Caldwell is humbled and delighted by the enthusiastic response she's received to the collection in previews, and is excited to introduce it to a broader audience this Fall/Holiday season. Items will be available for purchase on the web and through select retail partners, to be announced later this summer.
For more information, visit www.hollycaldwell.com .

ABOUT HOLLY CALDWELL™
508 Main Street LLC, doing business as HOLLY CALDWELL™ was founded in 2010.  The company offers exquisite luxury handbags and accessories made in the United States, Turkey and Italy.   Holly Caldwell, the President and Creative Director of the company, has had a tremendously successful and diverse career, beginning as an Air Academy graduate.   After Captain Holly Caldwell left the Air Force, she held positions with Jones Digital Media, a partner at USWeb and a Senior Vice President at Fidelity Investments.  Holly holds a degree from the USAF in Aeronautical Engineering and a degree from the School of Fashion Design (SFD).   Robert E. Victoria, the Chief Executive Officer, joins the company after a twenty year career as a master marketer and Chief Marketing Officer for several high-end entertainment brands.  Victoria is also a military veteran, having spent six years with the US Army Intelligence Corps.  Robert has a BA from the University of Rhode Island.  The collection can be found on-line at www.Hollycaldwell.com.
at July 22, 2011 No comments:

Apparel Search has developed a website called Join My Circles to help members of the fashion industry learn about some of the new features provided by the Google + project.  The new site will help explain Circles, Stream, Sparks, and a few more of the Google +1 features.

Learn more at the new Join My Circles website.

You may also want to visit the Grow Circles and Join My Circle sites.  All of which are still in the early stages of development.
at July 18, 2011 No comments:

British brides no longer have to hop across the pond to shop for a Vera Wang wedding gown. Vera Wang at Browns just opened its doors and offers brides-to-be the latest bridal collection, classic designs from past collections and a made-to-order service. The shop is the first Vera Wang store in Europe. 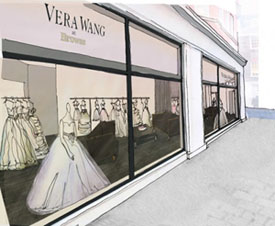 
If you enjoy Vera Wang you are welcome to join in the discussions at the Vera Wang discussion group section on the Fashion Industry Network.
at July 12, 2011 No comments:

Are you interested in having Fashion N Fun?  Well, if you are, I must ask what does "Fashion N" mean.  Possibly this means fashion and fun.  OK, using abreviations is getting out of control due to texting and tweeting, etc.
If you understand all of the new age abbreviations, you are several steps ahead of me.  Omg.
Anyway, if you are advanced and want to learn how to have Fashion N Fun, maybe you can do so by using fashion games and fashion apps.  Certainly, playing fashion games and playing around with fashion apps must be fun. LOL
Next time you are ready for fashion n fun, give a designer fashion game a chance.
By the way, you may also find the fashion world live website to be of interest.
Also, if you find fashion to be enjoyable, try this fashion n fun suprise link (let's see where it takes you).
at July 07, 2011 No comments: